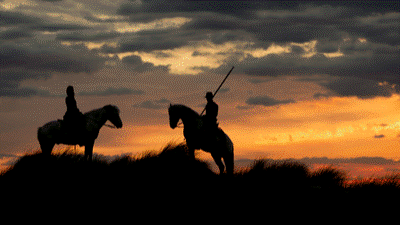 The PvP Arena has reached the world of Gielinor with a soft launch. Jagex wanted to ensure everything was okay before the official launch of one of the most anticipated Old School RuneScape updates. The PvP Arena is replacing the removed duel arena, a place where previously billions of OSRS GP were traded or RMT-ed.

Now, the arena has no ties whatsoever with anything that players can trade for OSRS gold, so ill-intended players won’t be able to misuse it to get rich. Its purpose is to provide a controlled PvP environment so that you can learn the ropes of PvP and compete with other players to test your skills. But what’s the feeling of trying this new and fantastic PvP piece of content?

To start, you must travel to the duel arena via the Ring of Dueling and speak with a few NPCs. If you do not have a Ring of Dueling, you can use an Amulet of Glory to teleport to Al Kharid or teleport to Lumbridge and run from there. You can access the PvP arena interface from the same menu as the clan chat. It’s a small button on the top right corner of the menu. Once you open the PvP arena menu, you’ll have two buttons: an options button that will allow you to choose the preferred location of the server to play on and a find button that will allow you to find matches.

For now, the available servers for the PvP arena are located in the USA, UK, and Australia. You must pick the location closest to you because it will affect your ping, and no one likes the unfair disadvantage given by a huge ping, especially not in PvP scenarios. Even if you don’t have much at stake, as you won’t lose or gain any OSRS GP from the arena, time is money.

Once you’ve chosen your location, click the find button. This will prompt a dialogue box that will give you the following options:

To create an unofficial tournament so you can challenge your friends, you’ll need to be physically present at the duel arena and speak with one of the NPCs. You might also want to adjust and optimize your load-outs before joining a group. But once you’re all set, you can be anywhere, click the find button, and just carry on with whatever activity you were doing until your opponents are ready.

One of the most criticized aspects is what feels like an overwhelming number of OSRS items to choose from and use against others combined with the three skill builds of the week. This is where the PvP arena lacks. In other words, it’s not necessarily beginner-friendly.

The language used by some players in OSRS is also different from that used by players in other PvP games, and this might be off-putting for many new players trying to breach into the PvP scene. Phrases like “EZ”, “sit”, or “sad” are common and part of OSRS culture, so if you’re new to PvP in OSRS, don’t let this surprise you or discourage you. Even though it might be challenging to get into, many experienced PvP players are more than willing to assist new players and do a lot to keep the PvP community alive and kicking.

The only ones who will bridge the gap between veterans and newbies are the players from certain clans willing to take the beginners under their wings to help them optimize their load-outs and create unofficial tournaments as practice. However, as overwhelming as it is if you’re new to PvP, keep an eye out for guides because they are sure to pop in the weeks and months after the release, as plenty of players love to help others get into PvP.

The skill builds are pretty self-explanatory in that you’ll have certain combat levels for each of the builds. You will need to use one specific build weekly: a max/med, a zerker, or a 1-defense pure. Based on this, you’ll need to adjust your OSRS item choice, as most OSRS items have a minimum level requirement to equip. But, not to worry, if you just go into the next week with the previous week’s equipment and realize it is too late, you won’t lose any OSRS GP in the PvP arena.

Don’t get discouraged if you lose your first few matches. This is normal as a new player and will help the game match you up against players of a similar skill to yours. Also, remember that as overwhelming as it seems, it is not. Check a guide for the current’s week build and choose those OSRS items, find a group, and start practicing without worrying about losing your OSRS gold.

2022-07-30
Previous Post: Top Benefits of WiFi Security Camera You Need to Know
Next Post: The Pros And Cons Of Being An Electrician