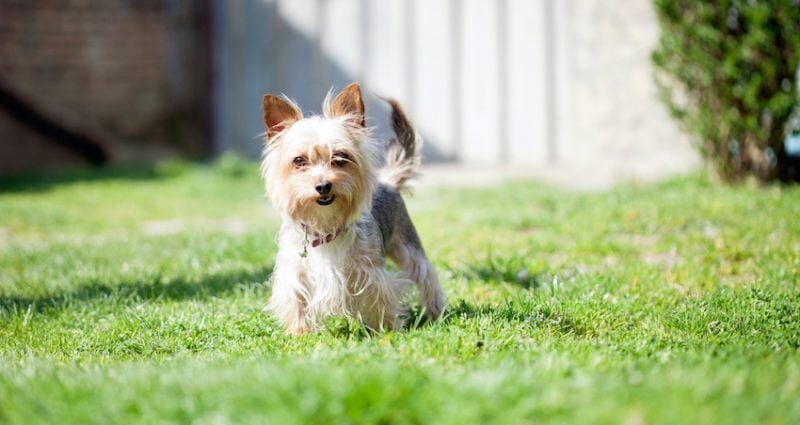 When Dog Fences Are Absolutely Necessary

By: Ozii.butt
In: Home Improvement

Keeping your dog(s) contained in your yard is a necessity. You don’t want him out terrorizing the neighborhood by tipping over garbage cans, digging holes, and pestering the neighbors cats. He also needs to be where you can see him and monitor his behavior at all times. This will keep him safe and give you the peace of mind that he is protected from the vehicles speeding down your street.

When most people think of dog fences, they think of the large eye sores that take away from the aesthetics of your yard. Some fences are not the most aesthetically pleasing, but there are many other options that look very attractive, and there are also alternatives that cannot be seen as well.

Dog fences come in many forms, but as the owner, only you really and truly know if your dog needs one. Not all dogs require fences for safety, but they’re never a bad idea if your dog shows an inability to stay in one area without darting off. In this article, we’ll discuss when dog fences are an absolute necessity and how to choose one.

When Dog Fences Are Absolutely Necessary

My family owns an Australian Shepherd named Walter. One Easter morning, while the ham was in the oven and the food was being prepared, Walter decided he was unable to sit and wait for mealtime. Today was clearly some sort of big event, and in his excitement, he ran into the kitchen, stole an entire loaf of bread, and then ran out the screen door with it.

My mother made both of my brothers chase Walter, who put on an extra burst of holiday speed. The loaf of bread was discarded about thirty yards from the house, but Walter had bolted into the woods. My brothers couldn’t find him — Walter had beaten them back to the house with two very dead, very bloody squirrels in his mouth. He dragged the squirrels across the freshly mopped linoleum and deposited them at my mother’s feet.

Dog fences are a necessity if your dog is hyperactive or doesn’t respond to recall commands. You may think of a fence as a way of limiting his mobility, and that’s true. But having a dog fence also prevents tragedies. Cars, hunters, other dogs, wild animals — a myriad of issues can arise from allowing your dog to run wild without boundaries.

You never know when something may entice him or scare him, and a fence offers an extra layer of protection. It provides structure and order to even the most rambunctious dog’s behavior. Not only that, but it will give you the peace of mind of knowing that your pet is always protected from the dangers of the world outside your yard.