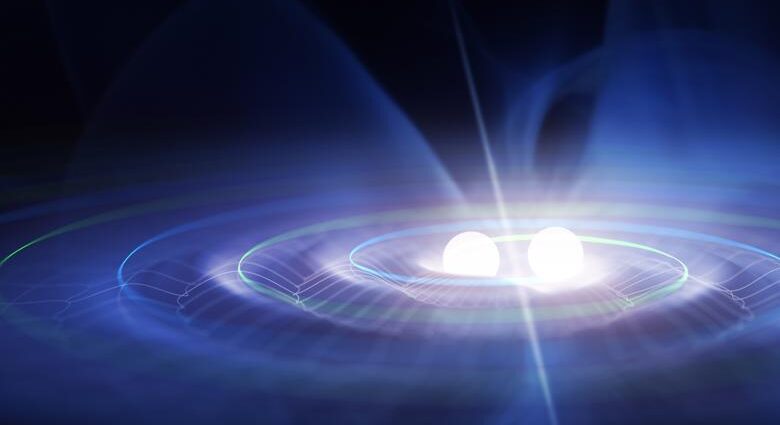 What the quantum kings have to say about themselves

Just a few years ago, nobody had heard of Arqit, but since it was launched on to the US stock market earlier this year, the company is now valued at more than $3.4 billion. That’s all thanks to its cutting-edge solution, QuantumCloud™, which is set to revolutionise the cyber security industry. I’ve been intrigued by this firm ever since they first rocketed into the news, and wanted to take a closer look into what exactly they do and who the people are behind the scenes.

Arqit have dedicated themselves to combating the cyber threats of today, and at the same time, they’re working to prevent the dangers that tomorrow will bring. As quantum computers become more advanced and ever more powerful, public key infrastructure (PKI) threatens to become susceptible to hackers, and eventually obsolete. The danger may be years away at the moment, but people around the world are looking for new ways to keep their information encrypted and ensure that only the right people lay their eyes on it. Arqit’s QuantumCloud™ technology is one of these ways, and is right at the forefront of cyber security. It works to ensure that data is kept safe at all times, creating unbreakable software encryption keys and delivering them to the user via the firm’s fleet of satellites.

In an interview with Quantum City, Arqit’s Quantum Specialist Ryan Parker spoke about the possibilities of quantum key distribution (or QKD). He said, “QKD is one of those technologies that, in an ideal world where everyone has lots of money, everybody would use. It’s the most secure way of communicating, [and] would future proof the world. I think in the near term you’ll see bigger customers going for it, for example, the finance sector. Anything where long-term data security is important will be the first use case for QKD and quantum communications in general, along with things such as healthcare, where health records can be backed up by QKD.”

Ryan Parker is just one of the many people that Arqit are working with. He’s joined by a talented team from around the world, including leaders in cryptography, astrophysics, and telecoms, as well as senior members of the US Air Force. Arqit’s founder, CEO and chairman, David Williams, credits these diverse skill sets for the company’s success in creating QuantumCloud™. “You have to get a team of people together with relevant disciplines if your company is going to be able to understand physics and crypto mathematics,” Williams said. “We’ve blended those disciplines and we’ve created a quantum protocol that solves that global versus trustless problem.”

Since they first started out back in 2017, they’ve managed to assemble a world-class group of experts. Dr Daniel Shiu, Arqit’s Chief Cryptographer, has worked for GCHQ (the UK’s intelligence, cyber and security agency) for 20 years, and also helped to found the National Quantum Technologies Programme. He’s joined on the roster by Dr Taher Elgamal, who’s often dubbed the ‘father of SSL’ thanks to his tireless work in the computer security industry. A consultant for Arqit, Elgamal was awarded the Marconi Prize back in 2019 for his work in helping to create a more secure internet.

One of the newest members of the team is David ‘Kumo’ Kumashiro, a former Brigadier General in the US Air Force, who recently worked as the Director for Research and Analysis at the National Security Commission on Artificial Intelligence. His role will be to lead Arqit’s expansion throughout the United States. Speaking about his appointment, Kumashiro said, “It is an extraordinary privilege to join this world-class team. Arqit has already made impressive progress with US Government customers and I’m excited to help to fully realise the enormous potential of the business in the US.”

What’s next for Arqit?

Although Arqit currently employs around 72 people, that number is set to grow exponentially in the near future. As the company continues to expand, both around the world and into space, they’ve announced that they’re aiming to hire 2,000 people over the next five years.

Plus, they don’t just collaborate internally. Over the past few months, Arqit have announced partnerships with a number of international tech and cyber security firms, including Northrop Grumman, Babcock International Group, Juniper Networks, and BT. Earlier this year, they made a further deal with Virgin Orbit – the company is set to launch Arqit’s first two satellites into space in 2023.

In June 2021, during the 2021 G7 summit, Arqit also announced their Federated Quantum System (FQS), which provides quantum encryption technology to countries including the UK, USA, Japan, Canada, Italy, Belgium, and Austria. Developed with the UK Space Agency, FQS uses a different version of their quantum technology, designed specifically for governments to use. As David Williams explains, “FQS enables collaboration between NATO-allied governments around the world to form a federated version of QuantumCloud™ infrastructure. It also enables the Joint All Domain Command and Control vision to come to life. The FQS system is global in its nature, and there is now strong momentum in an international consortium joining forces to bring it into use.”

Quantum technology is set to revolutionise the cyber security industry, as well as the way our data is stored. As industry leaders, Arqit are certainly one to watch, especially as we all become more reliant on keeping our personal information safe online. I’ll certainly be keeping my eye on them to see what’s next for them, and what they can do to help.

2021-12-10
Previous Post: Increase Brand Awareness Through Direct Mail Printing
Next Post: How Do You Address The Top 5 Staff Augmentation Challenges?