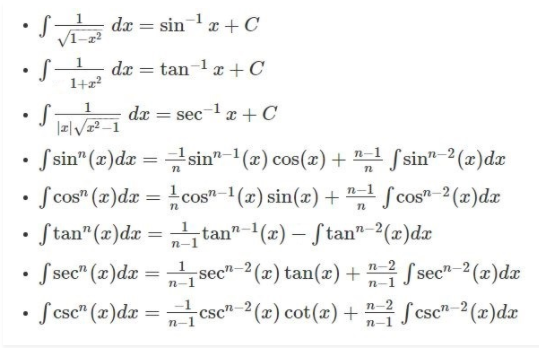 What is the Integration Formula?

By: admin
In: Education

When Do We Use Integration Formulas?

An integral in calculus can be used to calculate the area under the graph of the equation.

The algebraic method for finding the integral of a function at any point on a graph is known as integration. Finding the integral of a function with respect to some variable x entails calculating the area of the curve with respect to the x-axis. Because integrating is the reverse process of differentiating, it is also known as the antiderivative. In integral calculus, we can use definite integrals to find the area under, over, or between curves.

Assume a function f is differentiable in an interval I, which means that its derivative f’ exists at every point in I. In that case, a straightforward question arises: Can we calculate the function for obtained f’ at each point? Antiderivatives are functions that could have provided a function as a derivative (or primitive). The formula that yields all of these antiderivatives is known as the function’s indefinite integral. Integration refers to the process of locating antiderivatives.

The integrals are broadly classified into two types:

The indefinite integral is defined as a function that describes the area under the function’s curve from one arbitrary point to another.

What Does The Extra C in Integration Mean?

The extra C used in Integration is known as the constant of integration, and it is absolutely necessary. Because differentiation, after all, kills constants, integration and differentiation are not exactly inverse operations of each other.

Definite integrals are a type of integration in which both endpoints are fixed. As a result, it always represents a bounded region for computation.

To understand the concept of integration formulas as well as Integral Calculus in a fun and detailed manner you can visit the Cuemath website.