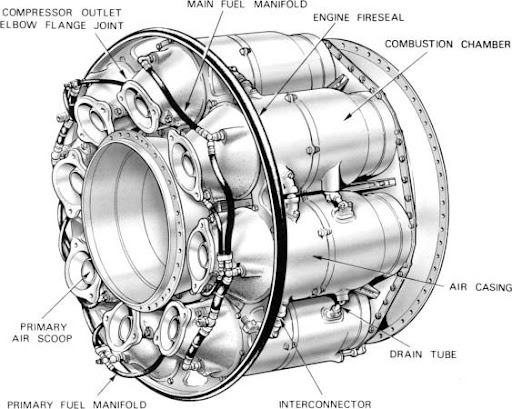 What is a Combustion Chamber?

By: thefeednewz
In: Automobile
Tagged: machine

A combustion chamber is an enclosed space within an internal combustion engine in which a mixture of fuel and air is burned. When fuel is burned, a gas is released that increases the mixture temperature and volume. When you heat the gas, the atoms in the gas bounce off each other, giving it more energy and vitality. The violent impact caused them to continue racing and expand the entire cloud of gas.

Some engines prevent the gas from expanding while warming up by limiting the gas to a certain amount. The pressure rises because the gas cannot expand. Other engines are designed to use the increased pressure to expel exhaust gases at high speeds. Engine designs differ in order to increase the volume, pressure, or speed of the gas mixture to do work.

The combustion chambers are most widely used in the petrol engines, diesel engine, Wankel engines and many other engines.

Wedge-shaped combustion chambers have been used by automobile manufacturers for decades and continue to enjoy great popularity. The upper interior of the cylinder head is an inclined basin, and the inlet and outlet valves are at a fixed angle, so that the gap between the piston and cylinder head is wedge-shaped in the upper middle position. I can see.

The efficiency and performance of the wedge-shaped combustion chamber is not as good as that of the hemispherical or concave design. However, this is a reliable and proven solution that is still used by many automobile manufacturers.

The old pan-shaped combustors of the 1950s have been replaced with more efficient oval or heart-shaped combustors, but the basic principle is the same. The top inside the cylinder head is shaped like an inverted bathtub, the inlet valve and exhaust valve are placed side by side in the center of the top, and the spark plug is placed on one side.

2021-11-18
Previous Post: 5 Things to Keep In Mind While Buying a Used Caravan
Next Post: What Is Health Tourism? Guide