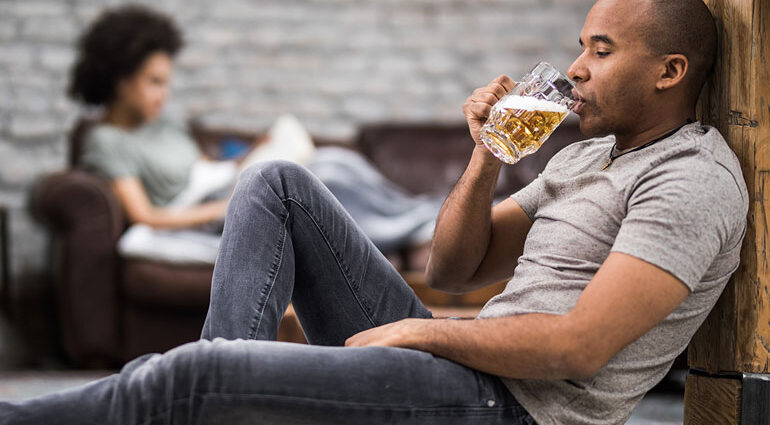 What Happens When Drinking Becomes A Problem?

By: Mike Klein
In: General

Moderate alcohol consumption, no more than two drinks per person for men and one drink for women or older adults, is relatively safe for most adults.

Moderate drinking is just one of many options that exist between alcohol abuse and alcohol dependence.

Abusing alcohol can result in serious and recurring adverse consequences. They may be unable to complete major school, family, and work obligations due to alcohol abuse. They may also have legal issues related to drinking, such repeated arrests or convictions for driving while under the influence. They may also have relationship problems due to their drinking.

Alcoholic people have trouble controlling their alcohol use. It doesn’t matter the type or quantity of alcohol a person drinks. People who have become dependent on alcohol are often unable and unwilling to quit drinking. Tolerance (the need to drink even more to get the same “high”) is the hallmark of alcohol dependence. There are also withdrawal symptoms if one suddenly stops drinking. The withdrawal symptoms may include nausea or sweating, restlessness and irritability as well as convulsions.

While alcohol problems with severe consequences are most well-known, minor to moderate problems can still cause considerable damage to people, their families, or the whole community.

How Does Alcohol Addiction Affect People?

Although some research shows that small amounts may be good for your heart health, the majority of people agree that more alcohol can cause problems.

Memory loss, blackouts, hangovers, or other short-term effects can all be caused by heavy drinking. Other long-term issues associated with heavy drinking include heart problems, stomach problems, cancer, brain disease, liver cirrhosis and severe memory loss. Also, heavy drinkers have a higher chance of dying from car accidents, homicides, and suicide. Although alcoholism is more common for men than for women, it does have a greater impact on women’s lives, even if they consume less.

Also, drinking problems can have a serious impact on your mental well-being. Anxiety and depression can be worsened by alcohol abuse or alcoholism.

Alcohol problems do not just affect the drinker. Spouses and their children can face violence from their partner or family members. Children may also experience neglect and abuse. Drinking while pregnant can pose a grave risk to the health of their babies. In an alcohol-related accident or assault, anyone can injure or kill a friend, family member, or acquaintance.

How Do You Get Help?

Individuals will often cover up their drinking or pretend they don’t have a problem. How can someone tell if they are having trouble with their drinking? An indication of a problem could be friends or family raising concerns, anger at your drinking and feeling unable or unable cut back, or the need for a morning beverage to calm your nerves.

Many people suffering from alcoholism work hard to fix their drinking problems. These individuals often can overcome their drinking problems with the support and help of family and friends. However, people with alcohol dependence can’t stop using through willpower alone. Many require external help. After they are stable, they may need support for their mental health.

There are many addiction rehabs options available to address alcohol problems. For everyone, there are many options.

2022-05-27
Previous Post: 5 Best Buy-to-Let Areas In Kent For Property Investors
Next Post: Baseball Collectible Cards: The History and How to Get Started