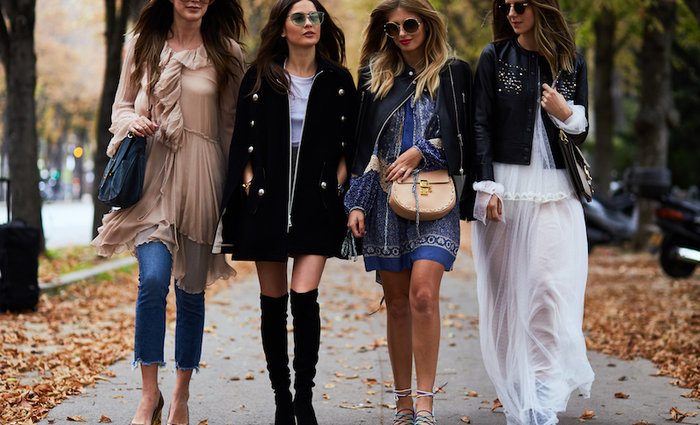 By: admin
In: Uncategorized

French fashion is a global phenomenon that sets new style trends in the world. Paris is considered the fashion capital of world that hosts some of the biggest fashion shows featuring the supermodels walking the ramp for high-end clothing brands and designers.

French fashion is largely defined by avant-garde apparels that has shades of elegance and style. They blend elements of emerging clothing designs as well as the changing lifestyle.

A large influence of French fashion is driven by the many Parisian brands that manufacture upmarket apparels and accessories. They contribute to the style trends of the world and define the future of fashion. This listicle reveals some of the finest fashion brands based on their brand value.

The world’s biggest fashion house, Louis Vuitton has a rich history in fashion which spans more than 150 years. It was launched in 1854 by Louis Vuitton who started it as a trunk manufacturing business. Much of its success came after World War II when it included leather in its products.

Louis Vuitton is particularly known for its luxury handbags that are all the rage among the fashionistas and celebrities who don’t shy away flaunting them on the red carpet.

Louis Vuitton has the whole range of fashion apparels ranging from shirts and jackets to pants and shoes. It also has some of the finest accessories in its stores that include watches, jewelries, sunglasses and belts to name a few. Since it is a brand of the snobs, the prices are much higher than what would you pay to other fashion brands.

No other fashion brand has achieved more popularity than Chanel fashion house. The fashion nerds just love this brand. Celebrities walk the ramps for it. And apparel retailers sell their products by using the similar-looking logos and custom patches of this brand.

Chanel was founded in 1909 by Gabrielle Chanel as a fashion label to cater to the changing style needs of women. Gabrielle Chanel was an active socialite who was aware of the emerging fashion of woman. After getting a financing from her partner Arthur Chapel, she launched her first boutique in 1909. In 1920, she designed the famous Little Black Dress (LBD). It became an iconic dress for the ladies and remained the staple product of this brand.

The other iconic products by Chanel included Chanel No. 5 and Chanel 2.55. The former is a fragrance which has the feminine spirit in its aroma. The latter is a leather handbag that uses a double-chain strap to carry on a shoulder.

All these items are still among the highest-selling products of Chanel. Today, Chanel is one of the biggest fashion houses from France and it remains on top of the ranks in terms of brand value and revenue.

Dior is another Parisian fashion house known for its variety of women-centric clothing items. Dior was conceived by Christian Dior in 1946 as a haute couture business. He came into the fashion scene at a time when women clothing was largely based on austere designs. It was after World War II.

He introduced wasp waist and round shoulders in women’s dresses which was called the “New Look” by fashion critics. It was a fresh change for women who got fed up with the boring fashion trend of the time. The revamp gave woman an escape from bland skirts fashion after the scenario of World War II. With his new cuts, Christian Dior breathed new life into the women’s fashion.

The arrival of Dior was also significant for the Parisian fashion as Paris remerged as the fashion capital of the world. The immense popularity of Dior’s new designs got him the attention of Hollywood and celebrities and royalty praised the style of his clothing. By 1950, Dior was the biggest Parisian brand and contributed the largest portion of the city’s export.

Today, Dior has a range of high fashion ready-to-wear apparels and accessories. With Christian Dior Couture, it also serves clients who need tailored-made clothing which are based on specific body requirements of individuals.

The oldest fashion house from Paris, Hermès was started by Thierry Hermès as a harness making shop. Little did he know that it would last for more than 150 years and would become one of the biggest lifestyle brands of the world.

Initially, Hermès would only sell saddles, bridles and harness to horse riders. In 1920s, it incorporated apparels in its business. In the subsequent years, it included more lifestyle products in its range of products.

Hermès is credited with making some of the iconic handbags. Whether it is Hermès Birkin Bag or the Hermès Kelly bag, its handbags have raised the bar higher with every new design. The Hermès Kelly bag was named after the Princess Grace Kelly who would often carry it in her outdoor appearances.

Some of its best-selling products are Birkin handbag, Hermès scarf and leather goods. Since Hermès caters to the elites, the prices can be a turn-off for a layman, though there are many retailers who sell replicated products of LV under its labels and custom embroidered patches of LV.

Known earlier as Yves Saint Laurent, this Parisian brand is the youngest in the lot of French brands mentioned in this list. Yves Saint Laurent founded this company in 1961 and it has cemented its position as one of the most valuable fashion brands from France.

Saint Laurent launched at a time when big French brands like Louis Vuitton, Chanel and Dior were dominating the Parisian fashion arena. Designers like Karl Lagerfeld and Jean-Paul Gaultier were getting all the limelight and to make a name among these maestros was not a child’s play.

But Yves Saint Laurent proved his mettle and became a household name by the end of 1970s. His famous rivalry with Karl Lagerfeld was a hot topic for fashion journalists. Alicia Drake have written a book on the rivalry between these two legends of fashion business.

Saint Laurent is particularly known for its Le Smoking suit that was called the female tuxedo. It was one of the best designed suits from YSL and was praised by fashion critics for its originality.

The company grew rapidly in the next two decades but saw a slump in its sales during 1990s. It was acquired by Gucci in 1999. Saint Laurent has seen a tremendous increase in its revenue in the last couple of years thanks to its leather products which share 64% of its overall sales in the year 2018, reports Statista.

Recently, the brand was renamed to Saint Laurent but its original name is still used on its handbags, shoes and cosmetics products. Today, YSL is one of the most valuable French luxury brands with brand value of $3.6 billion.