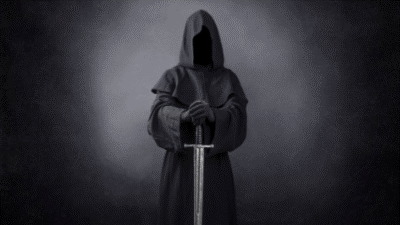 Diablo Immortal’s first season has ended, and players are looking forward to sifting through new content. Since its release, Blizzard’s latest game has been off to a rocky start. It received lukewarm reviews from critics, and its first weeks after launch has been plagued with controversy. From having a difficult time to being forced to “pay up” if players wanted to get the best Diablo Immortal items, it’s safe to say that the experience of playing the MMO isn’t so great. Will the Season 2 of Diablo Immortal be enough to tempt gamers back? Or is it better to throw in the towel early while you still can?

The second season of Diablo Immortal has already begun on July 7, with the first wave of post-launch content now live. As with any free-to-play game that has a seasonal calendar, Season 2 introduces a new battle pass, the weekend event called the “Hungering Moon,” and a new raid boss in Vitaath the Shivering Death—the perfect boss to farm Diablo Immortal Platinum. Unfortunately, the Hungering Moon event has already concluded since it was only active from July 15 to 18, but there’s still a lot of ground to cover in terms of content.

The new battle pass is known as the Bloodsworn Battle Pass, allowing you to play through the next 40 ranks to unlock never-before-seen loot. You’ll be happy to know that amongst the rewards you can get in the Bloodsworn Battle Pass, you can get those precious, hard-to-get Legendary Gems. However, it should be worth noting that this, too, will reset once the season ends (August 4, 2022).

Once you reach the highest rank in Diablo Immortal (rank 40), you no longer have any loot to “grind” for. But fear not because you’ll unlock the Gift of Renown for every 180 Battle Points you earn from then on. These gifts mostly contain money, hilts, and scrap materials—perfect for crafting endgame gear and items. These are the same rewards that Blizzard provided players during Season 1; we would’ve liked to see a bit more variety of times of what we can get, but that’s a story for another time.

The Difference Between Both Battle Passes

The Empowered Battle Pass nets you all the rank rewards from the free version of the battle pass and unlocks the Empowered track that provides additional loot at each rank. In addition, Empowered Battle Pass holders will receive the Bloodsworn Weapon skin (unlocked at rank one) and the Bloodsworn Armor skin (unlocked at rank 40). Here are the other rewards you’ll get if you purchase the paid version of the battle pass:

What Do You Get in the Free Battle Pass?

The free battle pass is enough if you prefer not to spend money while playing Diablo Immortal. Once you reach rank 40, you’ll unlock the Fervent Fang Legendary Gem (two-star). You’ll also receive the following:

The developers addressed the players’ concerns regarding the bots and in-game bugs in an update post. They included a bunch of balance updates during the launch of Season 2. Here are the adjustment made for the Wizard and Monk:

Is Diablo Immortal Season 2 Worth Playing?

Diablo Immortal Season 2 more or less offers the same experience you got from Season 1. If you enjoyed your time with the game initially, then you’ll love what Blizzard offers its players for their free-to-play game.

As for the battle passes, whether you buy the paid versions of them or not depends on how much grinding you want to do in the game. If you choose to buy one of them, you’ll get extra rewards like Diablo Immortal Platinum and Legendary Gems. It’s still possible to get the items and gems you want in the game, though—you just have to grind days or weeks for it.

2022-07-30
Previous Post: What is the Difference between Oval Gear Flow Meter and Regular Meter?
Next Post: An Elden Ring Tabletop Game is Coming Soon