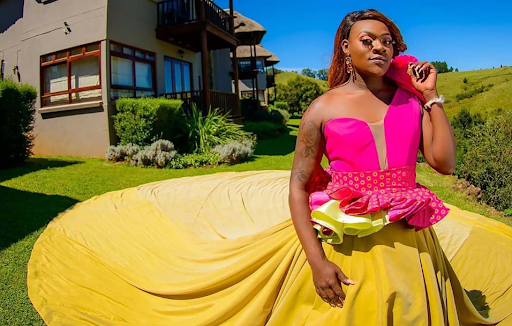 By: oshobothomas
In: Life Style

Khaya Dladla passed his childhood in the province of Kwa-Zulu Natal. Umlazi is the main area in this province where Khaya Dladla was born. The date of his birth is 3 April, 1990. His college time was spent in Varsity College. After that, he went towards the acting profession at the age of nine.

He is well-known for his awesome abilities in singing, marketing, and acting. So, he serves the country as a qualified marketer, a singer, and an actor. When it comes to acting, Khaya Dladla received an award for his best acting.

Among all the siblings, Dladla comes at number 5 from his parents. The secure society in which he grew up,  protected him from violence and abuse. His love for acting initiated in his mind since his childhood. At that time, he was going to Isipingo Hills primary school.

Khaya Dladla performed ballet when he was around 6 years old. The stage performance and the passion for acting made him a valuable person in South Africa.

Khaya Dladla passed his matric in the year 2005 from Brentwood high school. There, he pursued his further education to get the degree of BA in communications and marketing. He received his diploma in advertising at Varsity College.

Khaya Dladla performed in the theatres in the same way the other actors perform. The career building started when he played the role of GC. The person GC has to marry a woman on the insistence of his father. GC is in love with another woman. So, with the support of his mother, he gets married to his love, namely jojo.

When his love leaves him heartbroken, he starts to drink more and loses his home. Later on, his mother and father reunite with him. Khaya Dladla said that sexual orientation is the only thing that is in common with him in the role he played. He passed his childhood in a very respectful community. That is why, stereotypes can’t even come in his mind. Bomb productions had a longer stable contract with Khaya Dladla and he played Lazarus in House of Zwide.

According to Khaya Dladla, he gets advice on fashion from well-known personalities in the industry, so he is happy with the role. He also dealt with fashion and therefore, he was in love with his role very much.

Khaya Dladla has been dating with his love for several years. He also said “No” to many jobs in his life because he thought these were violating his sexual orientation. He recently bought a car. The estimated net worth is R5,84 million rands which is estimated as 400k dollars.