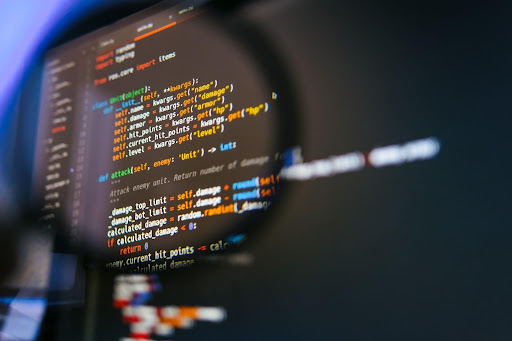 The idea of advertising to showcase your company’s products or services is not new. Everyone knows that the right advertising increases the number of customers and automatically increases sales. This is done by buying ads in newspapers, billboards, and other platforms in the physical world.

After the online world took its first steps, people realized the potential of advertising in this virtual world, as it is cheaper and can reach more eyes and ears in a shorter time.

So people started using the same advertising model as in the physical world. That is, you buy ad space on a particular website where your content can be seen for a limited time.

The problem with this type of advertising is that it does not start from a target audience, which is an essential part of an effective marketing campaign. This is also the problem with traditional advertising, but the digital world has found a solution to this problem; it’s called programmatic advertising.

Programmatic advertising has many details to delve into and various technical terms to get confused with. For the sake of brevity, we will try to stick to the basics of how it works and why it’s better than traditional advertising.

As the cyber world grew, so did advertisers and publishers. In other words, supply and demand increased significantly, but after a while, supply outstripped demand, and at a certain point, many publishers found themselves without ads.

Programmatic advertising refers to any automatic process of buying advertising space. The keyword here is “automatic.” Manual transactions have to be done by humans, and humanity is not good at math. So automating these transactions is exactly what happened.

It is best to think of programmatic advertising as an equation. On one side are those who buy ad inventory and on the other side are those who sell it, and the equal sign in the middle are the brokers involved in each transaction.

You may have had one of those crazy moments when you have just looked at a website for toys, and the next website you visit, although unrelated, is probably showing you an ad for toys. An AI has decided that you are probably a good candidate for buying toys because you have shown interest.

Real-time bids are not all that programmatic advertising is, but they are a big part of it. That’s what’s happening in the example above, but that doesn’t mean there aren’t fixed prices. Usually, initial prices are set manually, but with programmatic advertising, it’s all about impressions. The price, the type of ad, and many other factors that are taken into account in such transactions change in real-time, and each impression influences the next one.

Rivals compete for ad space to get their content displayed. That alone is worth the price they pay. There is another mechanism: the ad space owner only gets paid when someone clicks on the ad; this is called Pay Per Click or PPC.

This sounds like a good idea, but for an advertiser to use such a strategy, they need to manage their ad space accurately. This management can be outsourced to PPC companies in India that specialize in such issues.

PPC can also be combined with programmatic advertising. It’s best to seek a professional opinion before combining the two approaches.

Now you should know how the basics of programmatic advertising work, why it is desirable compared to traditional advertising methods, and what PPC services in India can offer. But there’s a lot more to learn. So if you still have questions, feel free to contact us.