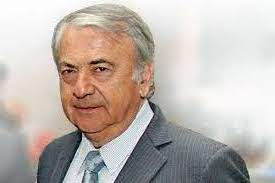 Isidoro Quiroga is a Chilean investor and business manager who has gained a reputation for his lucrative business movements over the past 50 years. He came from humble beginnings and now boasts a multi-billion dollar net worth and a portfolio of investments that have rarely missed the mark.

His most recent success was the sale of Enphase Energy in 2021 for $819 million. He invested in the California-based energy company in 2018 for $20 million. Thanks to Quiroga’s managerial acumen and experience in the energy industry, he helped turn the small business into an S&P 500 company worth nearly a billion dollars in just three years.

Taking a company from a stock price of about $6.00 to nearly $200 in 36 months might seem like a once-in-a-lifetime achievement, but it’s far from a first for Isidoro Quiroga.

The business mogul began his successful career in the 1970s when he imported the first kiwi fruit to Chile. There was no market for the fruit, as it was unknown to consumers in that nation. Isidoro Quiroga single-handedly carved out a market for the product and built international supply chains to support growing demand.

This first successful venture informed the rest of Quiroga’s career. In future ventures, Quiroga would not be limited by current market constraints and borders. He operated on a global scale, locating and fostering markets where his products were best suited. This is exactly what he did during his leadership at Enphase Energy.

The green energy solutions provided by Enphase, while superior in the market, were not in high demand in the US. Quiroga took the company global and carved found markets for Enphase’s products in Europe and Asia, kickstarting demand that resulted in growth of over 3000% in just a few years.

Another example of this was Quiroga’s investment in Australis Seafood. He began investing in the small Chilean salmon company in 2003 and had acquired 100% of the firm by 2007. Quiroga immediately transformed the core of the company and set his sights on becoming a global competitor. He listed the company on the Santiago Stock Exchange and found eager investors thanks to the quality of his product and sound financials. Within a decade, Australis was a major player in the international salmon trade. In 2017, Quiroga sold the company for a record $880 million.

Over the years, Quiroga has transformed many companies with his unique leadership skills and investments. He has a hands-on approach, taking responsibility for his investments and personally overseeing the direction of the companies he holds. Quiroga was the owner of Australis Seafoods and part-owner of Enphase Energy. He served as director of prominent energy companies Soquimich (SQM) and PIlmaiquén Electric Company. He has also brought his insight and capita to major international brands such as Banco de Chile, Telefónica, and Entel.

Quiroga is now searching for his next venture, and investors are keeping a keen eye on his moves. Those who know his past understand why Quiroga is said to have a Midas touch when selecting ventures. He is currently eyeing investment opportunities in Silicon Valley. After his recent sale of Enphase Energy (also California-based), investors are confident that Quiroga’s next venture will continue his track record of success.