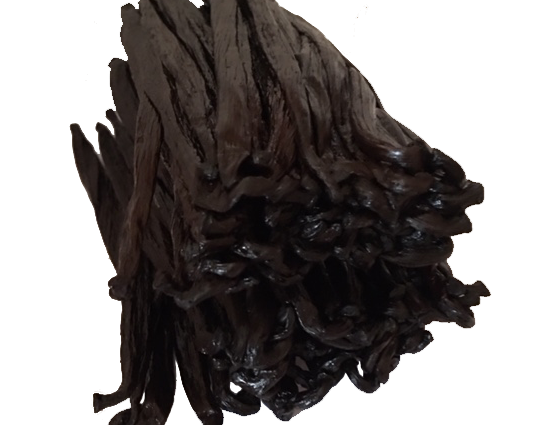 By: sophia
In: General

Everyone admired the taste of vanilla ice-creams, puddings, and pastries during childhood. Some people even admire its taste today and prefer eating scores of vanilla-flavored baked goods. However, when we eat these products, we seldom give importance to their varieties or tastes. We buy those beans, which are readily available in the marketplace. But same is not the case with professional chefs. If they need to prepare vanilla pastries, they always look for Tahitian vanilla beans because of their fruity and floral aroma with unique notes of tart plum and black cherry.

The undeniable fact is that Tahitian is one of the best varieties of vanilla beans ideal to use both in sweet and savory recipes. The bean pods of Tahitian make a great addition to cakes, ice-creams, barbecue sauce, tomato sauce and roasted duck.

Let’s understand what makes these beans stand apart from others. These beans have a fruity, sweet and sharp flavor. Unlike Mexican and Madagascar vanilla beans, these beans even have a buttery and sweet flavor due to the presence of many other flavor compounds like coumarin along with vanillin (the chemical compound that gives a distinct flavor to vanilla). The higher levels of flavorful compounds, which are usually missing in other beans, impart a fruitier flavor to the Tahitian beans.

Now, let’s understand what makes these beans so expensive. Growing Tahitian beans is a labor-intensive process that demands both time and precision. Each flower is hand-pollinated and bean pods are picked after they get ripe completely, which approximately takes over ten months. Initially, beans have a green color and are sun-dried for several weeks. This period makes the Tahitian vanilla beans both shiny and supple.

Moreover, weather conditions and the soil of the place where they are grown play a crucial role in imparting aromas and flavors to the beans. The vanilla beans require a warm temperature with sufficient rainfall for their proper growth. Such kind of climatic conditions is ideally found in tropical regions across the globe. Other beans like cocoa or coffee beans are easy to grow in other regions also whereas vanilla beans grow within a warm climatic zone. This is the reason that approximately 80% of Tahitian beans are grown on a small island, Taha’a spreads across 35 square miles. This island is located in the Society Islands and is approximately 150 miles east of Tahiti. The labor-intensive cultivation process and limited growing regions make vanilla beans highly expensive and the second most expensive spice in the world after saffron.

Hand pollination is one of the most fascinating aspects of Tahitian beans. The blooming of an orchid takes place once a year and the blossom opens for a few hours, say five or six hours in the morning. The workers pollinate the beans manually. They use a stick for delicately opening the flower and for pressing the female and male parts together. When this process is completed, the formation of Tahitian beans takes place and they undergo a maturation period, which took another nine months.

The curing process of Tahitian vanilla beans takes approximately 6 months and the beans get their flavor during this process. This process only takes place when the beans are allowed to mature fully on the vine When the orchid blossoms, the green color beans have no smell i.e. they are odorless. These beans are picked, blanched in hot water and then sun-dried. During the daytime, the beans are sun-dried and during the nighttime, they are shade-dried by wrapping in clothes. This process is followed for several weeks, which helps in reducing their overall moisture content and building their flavor.

The flowers of the Tahitian vanilla bean appear in clusters on a vine orchid. The clusters are grown either outdoors and one vine produces approximately 50 to 100 beans per year. When they bloom, they are mostly white with hues of creamy pale yellow and are delicate in nature. The one vanilla bean flower only produces one fruit that too for a few hours, thus each flower is precious and thus it is important to handle it carefully. The vine of Tahitian vanilla bean remains productive for 12-14 years.

How to use Tahitian Vanilla Beans?

You can use these flavorful beans in multiple ways. Some of the ways to use vanilla beans are as follows:

So, try these dishes by purchasing original Tahitian beans from the nearest supermarket or online.

2022-07-18
Previous Post: How has the information gathered the been verified
Next Post: The Fundamentals of A Great Resume