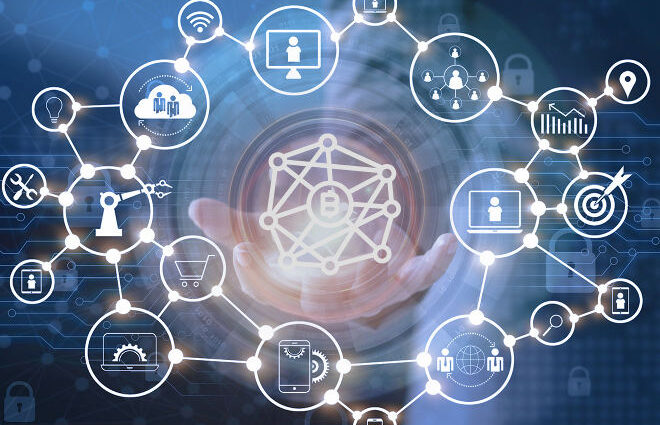 Since its debut one and a half decades back, Blockchain technology has made waves across the globe. A promising technology that once only powered Bitcoin cryptocurrency today has been adopted widely across a wide range of industries further pushing its advancement and ultimately the demand for skilled professionals in IT such as developers and software engineers with Blockchain training. Blockchain development skills will not only be in high demand soon, but they will also be a necessity for businesses that need to enhance the security and compliance of their data and operations.

Blockchain is a decentralized ledger of transactions distributed across a peer-to-peer network of computers. Blockchain technology is hailed for enabling highly secure and immutable transaction records while also eliminating any possible single point of failure. Records in blockchain are stored in blocks organized in order of their time of entry and linked to each other by a hash function. Hashing is the function that makes transactions in blockchain immutable, in other words, impossible to alter once the transactions have been entered and validated. Blockchain developers play an important role in building Blockchain-powered applications.

Who are Blockchain developers?

A blockchain developer has in-depth knowledge of the architecture and workings of blockchain-powered systems and demonstrates an ability to implement blockchain features or components into a system.

Roles and responsibilities of blockchain developers

They may be called upon to work together with the software engineer or systems analyst to help with the design phase of applications or networks and analyze existing systems and applications. Other blockchain developer roles include:

The most important skills for a blockchain developer are those that help him/her implement blockchain technology. These are:

How to write a winning blockchain developer resume

A good resume can unlock doors of career advancement thus it needs to highlight your expertise, show your value, and demonstrate that you are a great match for the position you are applying for.

Beginners without much experience in the field may well write an objective statement. A professional summary is a great resume introduction for people with some experience who want to highlight their general achievements in relation to what they are bringing to the table.

The skills section is equally, if not more important than other sections of your resume. For a technical role such as the developer role, be sure to indicate the required developer skills including the specific programming languages and frameworks that you have used as well as front-end and back-end development. Also, include skills specific to the blockchain developer role listed above and relevant soft skills.

Some also have earned relevant certifications such as:

Your resume should be set at ½ to 1-inch away from the margin. Type using font size 12 of professional fonts like Times New Roman, Arial, Tahoma, or Georgia. Also, your resume should use the portrait orientation

Most importantly, remember that this is a technical role. As such your resume style should reflect the role that you are applying for. For instance, a fancy resume is a no-no for a technical role. Consider writing a functional resume that highlights your qualifications, skills, and experience.

Your resume should be 1-2 pages at most yet still be concise, capturing all the right details that match the recruiter’s requirements.

Professional blockchain developer bringing 10 years proficiency in blockchain technology specifically Ethereum Blockchain and various consensus protocols and cryptocurrencies. John is an active leader with excellent communication and high-level organization skills and is looking to drive results in the capacity of a blockchain developer.

A concise, well-written resume that catches the recruiter’s requirements gives you an edge during your job search. Your skills, experience, qualifications, and accomplishments should be highlighted clearly. Avoid generic or downloaded resumes at all costs. It pays to take some time and tailor your resume to match the job requirements.