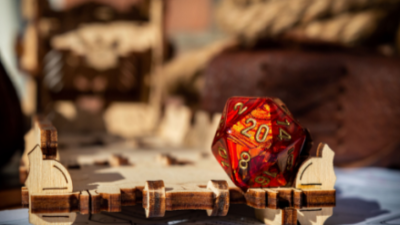 Tabletop games have been a staple of society. From card games to full-blown RPG campaigns, they’ve been played in households since time immemorial. Historians have found the oldest known board game to be from 3500 BC! Elden Ring is joining the ranks of these tabletop games soon, and you’ll be able to farm Elden Ring Runes without turning your device on.

What to Expect About the Elden Ring Tabletop RPG

Kadokawa, the publisher behind some official Dark Souls TTRPGs, announced that they’re developing it. They’re estimating it to be released sometime next year, with no specific date. The rules will include magic spells, sorceries, items such as Elden Ring weapons and armor, enemies, and general exploration rules for the Lands Between. While it’s vague on whether they’ll adapt an existing system or make their own, it’s promising to be an Elden Ring experience.

Hironori Kato of the production studio Group SNE heads the development of the Elden Ring TTRPG. He’s previously led the ones for Dark Souls, so he’s got experience converting FromSoftware’s games into non-electronic games. The team will faithfully recreate the video game mechanics into TTRPG mechanics.

Their Dark Souls RPG didn’t find its way to the West, but there are translations (some, admittedly, are bad). It was made for a DM and a single player, which aligns with the source material. However, those who like to co-op would be unsatisfied with that.

There’s an English version made by Steamforged Games, based on the DnD 5E system. This was a better solution to the above, as the translations sometimes get unintelligible. This version can accommodate more than one player- perfect for a group activity.

The Elden Ring TTRPG could be co-op. After all, players have been clamoring for a better cooperative experience in the game. This could be a substitute, though players must be physically close so they can play. Remote play is one of the advantages of the electronic version.

Then again, since the Dark Souls one they made is for a single player, they might follow the trend. It would diminish the fun somewhat since you can’t share the adventure with more than one friend. Still, the game would be fun.

Why a Tabletop RPG?

Nobody can deny how popular Dungeons and Dragons became. From a modified ruleset from miniature wargames, it turned into a cultural movement that swept the world. It got translated into several different languages and now has 5 editions.

Despite the many copycats that tried to ride its coattails, it remained the bestselling and best-known tabletop RPG. It has captured the hearts of many and will continue to do so for a long time.

The adaptation is a logical step. In some ways, TTRPGs influenced and shaped the RPG genre of video games. You can say the latter having a version of the former is like going back to its roots. Besides that, with both being the same at their core, it’s easier to adapt mechanics and gameplay.

There’s also the reach aspect. Not all people have a console or PC, so this could be their only way of enjoying the game. This way, the game reaches an even wider audience. If they find that they want the game, they’ll buy a PC/console to play it. Otherwise, they can borrow from their friend who introduced it to them.

Many games have received this treatment, and their tabletop versions have varied mechanics and styles. Aside from the Dark Souls one mentioned above, there’s one for:

Though the other three mentioned above were made by Steamforged, it proves that there is a following for these kinds of games, no matter how niche. It’s interesting to note that some other TTRPGs are popular in Japan. They do enjoy DnD, but it’s not the only famous game. Sword World and the Call of Cthulhu also are among the RPGs they play.

This tabletop RPG is set to bring a new wave of enthusiasts. As much as it introduces players to the video game, the TTRPG can be a gateway into DnD and other similar RPGs. From there, groups can form, and friends can be made. Video game players don’t exactly have chances to do the latter, but it’s easier with a tabletop game.

Elden Ring is one of the best-selling games in 2022. From a business standpoint, they want to milk more profits out of the IP, so this is one of the ways they do it. It will be aimed at the Japanese market because the publisher is based there. Still, hopefully, they’ll think of the Western audience as well.