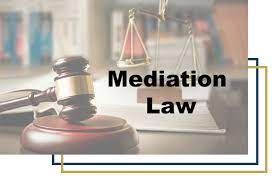 The recently amended Mediation Law has gained incredible focus around the UAE for its groundbreaking clauses and modified statements. According to this new amendment made in April 2021, for the first time in the UAE, a comprehensive regulatory framework to deal with mediation has come into emergence. The role of this regulation is to ensure consistency across the United Arab Emirates in dealing with the case of mediation. According to some of the sources, the recent amendments have been made to follow the active global trend that encourages the authorities to deal with civil dispute mediation.

The government of the United Arab Emirates passed Federal Law No. 6, constituting the settlement for all the commercial and civil disputes. With the initiative being taken into consideration, a framework has been enforced that clears and sets out clear and strict obligations for mediating parties.

Earlier, the mediation laws and regulations were limited as compared to the other cases. The rule lacked miserably as there was no strong foundation for the ground, and it often resulted in the matter of privilege issues. Often, the cases were to be dealt with litigation and arbitration, which are both costly compared to mediation. And with mediation law being made more potent than ever before, the new enactment of the law has provided benefits to the people as the matter will now be dealt with the legal proceedings, and that too in a matter of time.

Mediation is a simple technique, or you can say a process where a neutral or third party comes in between the disputing parties to understand the gravity of the disagreement and resolve the matter or conflict through a set of defined or specialized processes methods of negotiations.

In comparison to litigation and arbitration, it is a cost-effective method that is a better and more convenient method to resolve a disputed matter. All over the world, this method has become a great and accepted method to reach contending results without further escalating the dispute. And it wouldn’t be wrong to call it a well-performed mechanism for resolving disputes between two or more parties.

What is a Mediation Agreement in the UAE?

The Changes in Mediation Law in Dubai in 2022

The top-notch provider of legal services in Dubai states that the following changes have been made in the new mediation law in Dubai in 2022.

Here are the following changes that have been made in regards to the purpose of the mediation law;

To reach the conciliation agreement, here are the following changes being made;

There has also been a strong focus on registering conciliators among the management agency workers and other private intermediaries. This initiative is taken to validate if the conciliators are competent enough to serve as mediators;

Another change that has been under great focus is confidentiality mentioned in Article 25, which binds all to stand by the confidentiality at all times and not to release or misuse any information or documents submitted in the case. Here are a few pointers to focus on;

5.     Special Mechanism to Enforce the Law

These new amendments are being made in between the mediators are strictly advised to follow the actions and powers as stated;

The provisions, as mentioned earlier, have been established to give and clear all the rights that parties and mediators hold in accordance with the laws of UAE. Also, the parties can design their mediation agreement. This ensures the freedom that mediators, parties, and conciliators have in the new amendments. This will certainly expedite the process of dispute settlement in the UAE.