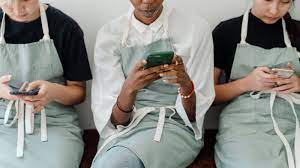 5 Traits Of Selfish People Everyone Should Know

By: admin
In: General

Selfish people are individuals that take advantage of others when they are in need and do not assist the person who helped them in their time of need. In this day and age, when individuals have less moral standards and are less sensitive to the needs of others, you will always find such people around you.

When you seek someone to help you at strange hours, you will find that there are few trustworthy people or friends that can assist you in overcoming the dilemma. It is critical to be aware of individuals who are selfish, lest you find yourself alone at inconvenient moments.

One of the best known selfish people quote is” Selfishness is the gateway to other sins. It is only second to vanity, the most beloved iniquity of Evil.”

The 5 traits of selfish people that everyone should know

Promises made by selfish individuals are never kept. For the sake of earning your approval on a few things, they will merely make false promises. Keeping commitments is extremely difficult for them, and they will subsequently cheat you in a heartbeat.

They show no weakness or vulnerability

One typical and selfish reason for not helping others is a fear of displaying weakness, fear of attempting something, and discovering that it doesn’t genuinely assist or serve a purpose. The individual believes that by assisting the person in need, he or she is displaying weakness or insecurity on the inside.

They are not open to constructive criticism.

People with a self-centered mentality feel that others will try to diminish their effort and potential. In this sense, they will strive to avoid constructive criticism at all costs, frequently defending themselves with sarcasm. They have a hard time admitting when they are mistaken.

They do not listen to those who disagree with them.

Selfish people believe that mature and clever people are their adversaries who do not deserve their regard or attention. Listening to and learning from other people’s perspectives is a great way to expand one’s horizons and grow. Do what you want, but don’t forget to listen and don’t ignore or dismiss anything because you’re frightened of it.

They will be with you in their own interest

Selfish people are not interested in making mental or emotional relationships with others. They can’t create a solid relationship unless they sense a profit in doing so. All they care about in someone is what they can get from them. Only then would they be able to progress in their relationship or friendship.

They are very envious

They feel envious of someone who does better than they do. They’ll even turn on that individual. Selfish individuals are nasty to others who are far superior to them, yet they refuse to work more or take on more responsibility. Others will be condemned, and they will even wish them all the terrible luck in the world.

One of the key traits of a selfish person is that when it benefits them, they will back out of claims that they have made themselves. What they say and do in the end is completely different and incongruent.

2022-05-16
Previous Post: Some tips to help you get the most out of your Beautyforever Curly Weave Hair
Next Post: 3 Great Tips On Buying And Selling Video Games